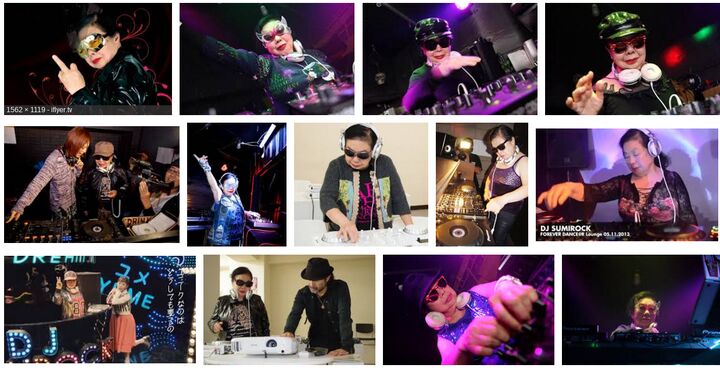 By day, Sumiko Iwamuro runs a Chinese restaurant, where she has worked for six decades making "gyoza" dumplings, while by night, she spins records at Tokyo clubs under the moniker DJ Sumirock.

But the juggling of long days and frenzied nights is not the most inspiring thing about Iwamuro.

Japan is known for its aging demographic, with people aged 65 and above making up 26.6 percent of the population in 2015.

A prime example of an active senior, Iwamuro plays to crowds mostly 60 years younger than she is at the DecaBarZ nightclub in the heart of Tokyo's Shinjuku district.

Taking up the turntables in her 70s after choosing the music at her son's birthday party, she then spent a year learning the tricks of the trade at a school for disc jockeys.

Once on the dance floor, she stole the hearts of club-goers.

"She's got this energy that goes beyond age, and that can...