What are bad things about Japan?

Since this answer became so popular, I want to amend a few point that I missed out initially. It seems that so many people look up to Japan as a peaceful, interesting country. I want to say YES generally Japan is a great country and I have my respect as a Japanese and do love the nation from my heart.

Any nation, country or society has its problems.
Since the question here is to point out what is bad about Japan, I am pointing out the facts that happens to be negative. Please understand the point.
Alternatively, I would be happy to answer and positive questions towards Japan and if you have the time please check out my other answers about Japan and so on ;-)

This only applies to JAPANESE.

Well, not Japan as an Island or nation BUT society has a problem.

The younger generation are starting to express their minds little by little.

However going against the majority of Japanese people's value or opinion will NOT be taken kindly.
Worst case, you will be exiled if it was a work case. Always happens to me, as much as appreciated for my honesty.
Same kinda thing happens in Western cultures as well but its mostly a few against you. Where in Japan and being a Japanese, it's easily 100′s versus me!

Japanese people are not used to debates, they will take it very personal and its almost like your opinion becomes = YOU…

Being a foreigner, you have a “get out of jail card” and they will tolerate you.
Remember though, they are “tolerating you” so if you push it, you will see it coming.
I had done so many biz translations and had to question myself should I directly translate the words or to translate by what they mean… There is a huge difference.

Not enough pre-schools and nursery schools for children, mothers want to work.
One of the word of the year for 2016, was from an anonymous writer's blog title which means;
“I lost the draw for nursery school, die Japan!!!”.
In Japan we have a very low birth rate ever to begin with and then still not enough pre-schools and nursery schools for mothers that are willing to work or want their child to be joining the rest of the kids.
This issue has been acknowledged and the government and districts are finally working had to resolve this issue. However there are thousands of kids not been able to join pre-school or nursery schools as of now.
It is not all due to only this issue but it does not help to raise the birth rate for sure.

Over 27% of the population are older than 65 years old.
Japan is rapidly becoming and “senior society” with not enough younger generation to lift the weight to sustain a healthy nation and government.
On top of that the birth rate continues to stay low which doesn’t help.
There are aids and child support benefits from the government and district for new born.
However with the background of the economy yet not recovering up to the point where general population could feel at ease, the population of Japan will continue to get older and older.

Not willing to accept foreign laborers and immigrants.
Japanese government and the majority of the population are not willing to open the country for simple labor or unskilled labor (no offence) as workforce.
Whenever this topic comes up it always leads towards “we fear that the crime rate will get higher…”. The media will always shout loud when a foreigner resides in Japan commits a crime. The fear comes from ignorance and at the same time Japanese are still discriminating other race.
Japan also does NOT accept or welcome refugees in most cases.
BTW if you are skilled and happened to be a Caucasian, you have an better chance. Not really fair, is it?

Freedom of information is on a tight leash by the government and others.
Unfortunately Japanese culture stands on a basis where “It is a shame to speak out what is commonly understood or should be if you’re a Japanese”.
In other words, you have a pressure from around that “You should not talk about those issues or things you’re expected to understand as a Japanese”. It’s not a matter of what is right or wrong, there is no discussion for it.
“Not saying a word” or “silence” is considered as a beauty in Japanese culture.
Above causes a friction in certain areas, especially towards the press media.
Reporters without borders gave Japan a very low rank due to freedom of information (not open to the press) is at stake in Japan. I sadly have to agree to this towards certain aspect. For example, we had a nuclear reactor that melted down due to earthquakes followed by Tsunami high waves, at the time the electric company and government officials knew enough that it was bad already. However they lacked reporting it officially and years later the facts comes out and everybody searches for someone to blame. I can appreciate the Japanese government trying to maintain order and control but Japan has so many issues that are not been discussed and that itself is the issue.

Hope this helps a bit. 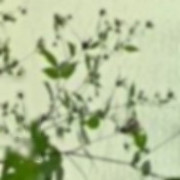 "The reason you don't hear much about Fukushima is the fact that the truth is so bad that the Japanese government has passed secrecy laws which make it illegal for news organizations to report on it."